A year out from the 2022 World Cup that England qualified for earlier this month, the FA announced today that the England manager Gareth Southgate, alongside his assistant Steve Holland, has signed a contract extension keeping him in post until December 2024.

Fresh off of qualifying for the 2022 World Cup earlier this month, Southgate has been hounded for an answer over his contract situation but now it can all be put to bed as the England boss puts all his focus to that very tournament in which England will rightfully be one of the favourites for. The FA have always had 2022 circled as their best chance to bring home the trophy these shores have so craved for decades, to the point where at St George’s Park there’s an electronic clock counting down the days until Qatar opens its doors to the world’s biggest single sport event.

Upon signing his new deal, the England boss had the following to say.

“I am delighted that Steve and I have been able to extend our stay in our respective roles. It remains an incredible privilege to lead this team. I would like to take this opportunity to thank Mark [Bullingham, FA CEO), John [McDermott, FA technical director] and the Board for their support – and of course the players and support team for their hard work.

We have a great opportunity in front of us and I know they and the fans are all excited about what this squad could achieve in future.”

Southgate has marked the return of England going deep into tournaments, looking genuinely competitive with a squad built on leadership and experience from those with bounties of caps like captain Harry Kane, Kyle Walker and Raheem Sterling as well as England’s starlet youth such as Phil Foden, Mason Mount and everyone’s ‘one to watch’ Jude Bellingham. Regardless of what you make of Southgate’s perceived defensiveness, the continued use of a 5 at the back that stifles creativity, his rise since coming into the job as an interim after the Allardyce fracas has been nothing short of fascinating. In his earliest games he made big calls – Rooney out, Rashford in. He made the England team come together in new ways and anyone who wasn’t on board left behind. Every England fan remembers 2018 fondly – the serotonin from sticking six past Panama, winning on penalties after 120 minutes of dirty football from Colombia and those blissful minutes after Kieran Trippier made us all believe against Croatia.

The good times carried on; England’s 3-2 win away to Spain in Seville where Raheem Sterling breathed new life into his England career after years without the goals his talent and ability so badly craves – he hasn’t looked back since. Kane’s last minute jab over the line to seal England’s progress against World Cup foe Croatia in the inaugural Nation’s League. Goals galore in Euro 2020 qualifying where Sterling and Kane formed a partnership so deadly the whole nation was enjoying watching England again. And then came the Euros, a year late. Discontent with Coronavirus at an all time high. Football barely opening its doors again. But England delivered hope despite the masks hiding the grin of a nation. Raheem Sterling delivering England the points in the group stage despite a hiccup draw against Scotland meant a round of 16 clash against the team nobody wanted; Germany. England won. Southgate had us all believing in the 5 at the back! Ukraine in the QFs? Dispatched. It took extra time in the semi final against Denmark but nobody cared come full time when Wembley erupted into the summer’s anthem of Sweet Caroline. Even Southgate looked overjoyed.

Okay, alright, it didn’t happen in the final. Despite another early goal from a wing back, this time Luke Shaw, Italy overcame England on penalties. But the country in majority did rally round the England team afterward, huge attendances for the games at Wembley since that night in July and now a year out, Southgate has to find that missing spark to go one step further.

He and his assistant Steve Holland spoke out during the Euros about the research they carried out into how to win a tournament, the tactical essentials, the psychological advantages and over these next 12 months they’ll most likely do more. Since that final in which Italy snuck over the line, even they have faltered and have to face play offs to get to Qatar. As do Portugal. England, yes with an easy group? It never looked in doubt. Southgate’s calm head and defensive instincts have paid off and to repay the faith the FA have shown in him, the England boss as he heads into his 3rd major tournament must continue to find an edge. He’s got the players and he’s got the fans on side, but now the question isn’t ‘How far can we make it to call it a success?’. The question is ‘How are you going to win the World Cup?’.

Ultimately, if England come home without a trophy from Qatar next winter, a lot of the faith will dissipate. Never mind qualifying for 2024, Southgate’s test with England’s bright stars, desperate for success, will be to deliver it with the Three Lions, not simply getting them closer. Come on Gareth, see us over the line. Then do it again in 2024. 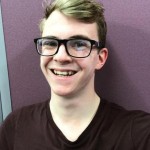