Gareth Southgate’s England cement themselves as an immovable object rather than an unstoppable force
England beat Andorra 4-0 on Sunday evening, and the unofficial B team showed that they can implement Southgate’s unrelentingly safe football blueprint just as efficiently as the first XI.

The game was not a thriller. England, rather than use the opportunity to practice complicated attacking patterns and take risks against the 134th ranked side in the world, showed the opposition the same respect as they showed Hungary.

The Southgate model is so predictable and yet so hard to disrupt: heavy rotation in the first and middle thirds, attacks generally initiated from the flanks, and shots from inside 20 yards and inside the half spaces. In transition, there is a rapid approach by the centre backs who otherwise sit fairly deep, aiming to dispossess the front players of the opposition prior to them being able to set up an attacking moment. Unsurprisingly, Tyrone Mings and Conor Coady did this very well against a side that would probably struggle in League 2, and conceded a single shot in the entire game- a 50 yarder hopeful of lobbing Sam Johnstone but ultimately rolled into his arms.

So what did we glean from this game?

Firstly, Patrick Bamford must be highlighted. His movement and endeavour went unnoticed by his team mates throughout. This is not surprising given that he made brave, direct runs that Henderson would have had to spot and deliver through lines of Andorrans- he had no interest in doing this, instead passing 5 yards sideways at every conceivable opportunity. Bamford scuffed a difficult left footed shot over the bar at the beginning of the second half, probably thinking it was now-or-never given his lack of service all game. He could have made things significantly easier for himself if he had taken a touch. Nevertheless, the highlights will not show it, but in the film room, Southgate should recognise that Bamford offers a tactical outlet that should rightly be given another chance against better opposition. I fear that Southgate will view Bamford’s performance as a sign that he cannot fit the rotation-to-death mould he has built in the national camp.

Mings and Coady remain able deputies, but look unlikely to threaten the establish back pair. It was never going to be a game that was used as ammunition for these two to stake a claim to start England’s major games. In fact, it was a zero-sum game for both: at a minimum you must not concede, and even then you will not be praised for doing so. Nevertheless, they conceded 0.01xg from the aforementioned long distance sighter, and that was it. For both, injury seems the only route into the World Cup starting team.

Lingard refuses to let his dwindling England light snuff out. He did not make the Euros, and was not missed, as the Three Lions made it to their first final since 1966. But once again, he demonstrated his qualities and put in a performance that solely played to his strengths- tenacity between the lines, taking advantage of a lack of man marking, and being fearless in his shot selection. He probably does score either of his goals against the best teams- for the first, he would have been marked, and for the second the keeper would have saved it. But can you take anything away from a man whose attitude has remained relentlessly positive throughout a period of deep uncertainty? He is likely to come off the bench against Poland, and you would not bet against him playing well yet again.

Reece James and Trent Alexander-Arnold hopefully put to bed the ‘TAA in midfield’ experiment. Trent is a world class modern right back, and an anonymous, turgid centre mid. His first half and second half performances against Andorra were night and day, and the effect of the experiment was further elucidated when Reece James equipped himself well in the centre of the park- this was unsurprising to EFL fans, who saw Reece James be one of the Championship’s best midfielder for Wigan a couple of seasons ago. The hope is that Trent, with us pinpoint accuracy and visionary pass selection from wide, can be replicated from the centre of the park. This would also help solve Southgate’s problem of having a thin selection of central midfield options while being oversaturated with quality right backs. But once again, no evidence has presented itself that Trent is close to fulfilling himself suitably (let alone outstandingly) in that role. Ironically, it could well end up being Reece James who now touted as England’s Rightback-cum-midfielder.

Jude Bellingham remains one to watch. Southgate must be delighted to have his superbly effective pairing of Rice and Phillips backed up by Henderson and Bellingham. The latter, in particular, has shown ample evidence in the Bundesliga, and glimpses at the national level, that he could be the beating heart of the England side for many tournaments to come. His apparent lankiness translates into perplexingly effective close dribbling, and his progressive pass selection belies his years. He appears utterly unfazed by his status as wonderkid- he may well be benefitting from having such a label at a time when England do not need to pin their hopes on him. When England we’re losing 2-1 to Iceland in 2016, the nation was crying out for the young Marcus Rashford to be thrown on to make the difference. The context of Bellingham’s emergence is very different, as England can pick and choose when to blood him without fear of putting unnecessary pressure on his shoulders.

This game was not a classic, and will do little to advance the claim of the second XI to break into the national starting lineup. Nevertheless, it was a good run out for a squad that will inevitably be needed in Qatar- no nation ever goes to a tournament fully fit, and all of those who made it onto to the pitch against Andorra made sure Southgate cannot discount their importance to the England camp as a whole. 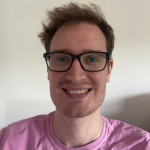