For someone who for so long has consistently scored goals for club and country, it is strange that Harry Kane always seems to have a question mark looming over his head.

Sticking up for him over the years has personally felt like a full-time job. No matter the time or place there is someone there having a go, and I feel a duty to defend him.

At first, there was widespread agreement, a rare British consensus that this man was a certified One Season Wonder. The ensuing goal drought of August 2015 was a difficult time for me, arguing the toss in the face of adverse skepticism. I’d like to think the consecutive golden boots he went on to secure proved me right. Surely I had won the argument; this guy was quite evidently the real deal.

Well clearly not, because in the years since I have had to refute all sorts of claims about him. You get the classics: that he’s a penalty or tap-in merchant, that his injuries have slowed him down a few yards, that his World Cup golden boot was earned more by luck than judgment. Then there’s the ridiculous: that he should be exiled for not squaring it to Raheem Sterling against Croatia, that he can’t talk properly, that his baby’s gender reveal video was weird. There’s always something new cropping up.

I generally accept that all opinions are of equal value; no single opinion can be objectively correct. However, I make an exception to this particular pillar of rationality when it comes to the issue of Harry Kane’s ability. I watch a lot of Tottenham, probably too much for my well-being, but it’s because of this I declare myself more qualified to debate this matter than most others.

And that’s the problem with the football discourse being shaped by Sky Sports pundits and teenagers on Twitter who hide behind a footballer in their display picture. They simply don’t watch it all, and therefore don’t see the whole picture. Do we honestly think Roy Keane and Graeme Souness would choose to watch Tottenham play the likes of Leicester and Newcastle if they weren’t paid to? As a result, everyone seems to think Kane is ‘finished’ because he’s gone two Super Sundays without scoring.

This is why I avoid the hour-long build up to televised Spurs games. The panel, who are more often than not by some crazy coincidence former Arsenal or United players, sit there and happily fulfil their obligation to stir up some doubt about Harry Kane’s ominous form and equally ominous future as he approaches his late twenties – otherwise known as an athlete’s physical prime.

Worse still, questions over Kane’s capabilities have began to occupy the minds of actual qualified journalists. Anyone who pays their two bob a month to The Athletic will see how Jack Pitt-Brook has had many a field day over Kane’s diminishing xG and deeper average position.

Don’t get me wrong, I would be willing to concede that there may be some cause for concern. He has indeed taken a few serious knocks to the ankle. Each comeback from the sideline does seem increasingly protracted, with Kane spending a few games finding not just his rhythm but also his melody, tempo, pitch, guitar strings and pick. It’s usually a bit of a crescendo, but he always comes back. And if Google is anything to go by then it would be accurate to describe his recent performance against Leicester as exactly that – a crescendo. He returned, as he never fails to do, to his brilliant, boisterous best. You couldn’t ignore it.

This was tip-top, hotshot, virtuoso Kane. A vintage display. What is so satisfying about both of his goals is the precision with which they were struck. Shot anywhere else at goal, you’d expect Kasper Schmeichel to save them. But the placement is inch-perfect, and Schmeichel cannot possibly reach either. As cliché as it sounds, Kane’s excellence is enhanced by how easy it is made to look. As he shifts the ball onto his right foot for his second, the surety is equally high as it was when he stormed (at surprising speed) into the box and lined up his shot for the first. You know he will score, and he does.

It’s the sort of goal-scoring knack once possessed by another Tottenham legend – Jimmy Greaves. Ask any football fan over 60 and they will gladly tell you how easy he made scoring a goal look, ‘like passing it into the net’. A highlights reel of his or Kane’s best goals wouldn’t feature too many ‘belters’ or ‘screamers’. We’re still yet to see Kane thump a volley into the top corner from 35 yards. But to think that these types of goal make a striker is to misunderstand the art of goalscoring. It’s not by chance that these two, and others of that ilk such as Gary Lineker, always find themselves in the right place at the right time, and find the corner of the goal the keeper can’t get to. It’s a prised skill, and one that Kane has mastered.

Those who watch more than just the highlights will also notice the other, less stated sides to Kane’s game. Tottenham’s first goal against Leicester came from Kane’s sublime control and pass to Son Heung-Min. The Korean could also have added a fourth in the second half having been found by another Kane pass, this time a stunning reverse through ball. And then on top of this you have Kane the workhorse, willing to sit deeper if needed and defend from the front. What’s clear is that even when he isn’t scoring, his contributions to the team are invaluable.

Kane turned 27 last week, which unfortunately for me means I have at least a few more years of convincing people that he is in fact a world-class footballer. You’d think it no longer necessary, wouldn’t you? You’d think if there’s one thing we must have learned by now, it’s not to doubt him for a second. 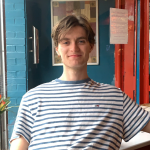